One of the most significant Slovak law firms with a role in several jurisdictions.

We provide our clients with comprehensive legal services in accordance with the international offices standards, with maximum emphasis on quality and efficiency.

We provide legal services within specialized teams led by colleagues with a long standing experience in specific legal sectors, whether in the private or the public sphere, in order to maximize efficiency when finding the optimal solution for our clients.

We remain committed to our ethical values and mission, which is not only to be a strong and trustworthy partner for our clients even in the most difficult situations, but also to help to improve the business environment and to give attention to training young generation.

We also support our clients in international transactions. Taking into account the rich business practice, common history and privileged relations between the Czech Republic and the Slovak Republic, we establish a branch in Prague in order to enable our clients to take advantage of the detailed knowledge of both national jurisdictions. 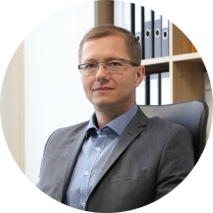 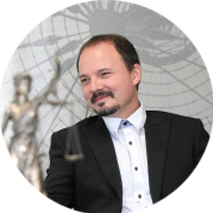 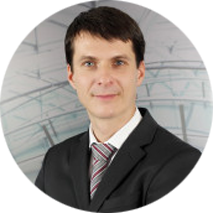 JUDr. Maroš Prosman is a graduate of Faculty of Law at Comenius University in Bratislava, where he finished his studies in 1998. After finishing the studies and military service, he worked 7 years in customs administration at various positions of a second-instance authority, including leading positions, where he decided on remedies of first-instance authorities, participated in the European Commission committee meetings, elaborated legislative proposals and methodically directed the application practice. After finishing the practice he founded his own law firm in 2008 and in 2010 he became the executive officer and partner of the law firm Prosman a Pavlovič advokátska kancelária, s.r.o.
JUDr. Maroš Prosman specializes, within the work of the law firm, particularly in consulting and representation in the area of customs, tax, transport and forwarding law, but he also covers the most demanding legal cases of civil and commercial law. As executive officer, he manages and represents the law firm externally.
JUDr. Maroš Prosman provides legal services in Slovak, English and German language.

JUDr. Tomáš Pavlovič is a graduate of Faculty of Law at Comenius University in Bratislava, where he finished his studies in 2000. After finishing his studies he worked for several years as a lawyer or representative of various entities of private and public law, including bank institution in insolvency or enforcement proceedings, respectively. His legal practice includes 5-year experience with provision of specialized legal support regarding project financing and large investment projects in bank sector/bank institution with its registered seat in the Slovak Republic. JUDr. Tomáš Pavlovič has been working in the law firm Prosman a Pavlovič advokátska kancelária, s.r.o. since 2010 and is currently its executive officer and partner.
JUDr. Tomáš Pavlovič focuses on provision of complex legal consulting in the area of commercial, civil, bank, forwarding and agricultural law. He personally deals with the most difficult and significant transactions with regard to his expertise, including representation of clients in proceedings before courts and other authorities. He secures the communication with clients and competent authorities in matters related to the law firm.
JUDr. Tomáš Pavlovič provides legal services in Slovak, English and German language. 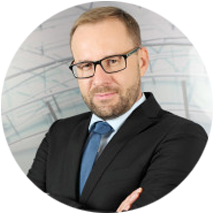 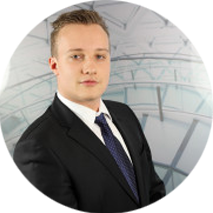 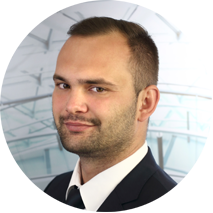 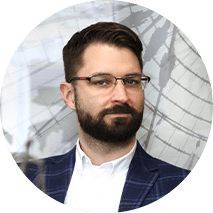 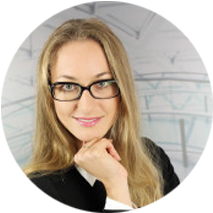 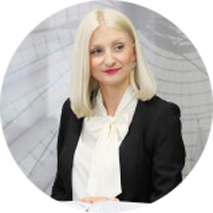 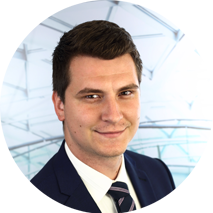 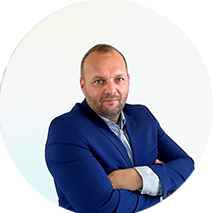 2013 – Chairman of the Commodity Exchange Disciplinary Board in Bratislava

2013 – Chairman of the Commodity Exchange Disciplinary Board in Bratislava

2020 – present   Trnava university in Trnava, Faculty of Law; assistant at the Department of legal theory and constitutional law

2018                 Recognition of dean of the faculty and scholarship for exceptional bachelor thesis titled: “Relationship between law and morality” 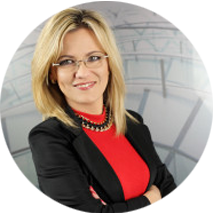 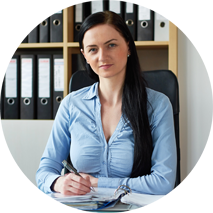 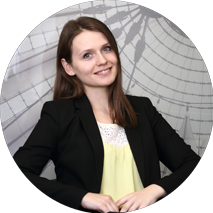